The Leprechaun’s Luck online slot from Ash Gaming is another embodiment of a mythological plot originally from Ireland. The magical little leprechaun with his reserves of gold coins is, under certain circumstances, ready to share wealth with the player. You can make the cunning creature part with the gold in a series of free spins or in two story bonus rounds.

The slot machine Leprechaun’s Luck powered by Ash Gaming will give bettors a unique opportunity to try their luck in the Irish atmosphere of the interface, where they will find their pot of gold. The external style of the slot is perfectly combined with bonuses, which include classic free spins packages and two unique modes with jackpot wins.

The machine return rate (RTP) is not too high. According to the developer, it varies from 86.42% to 93.31%, but this is not at all a reason to refuse to play Leprechaun’s Luck for money in an online casino. One of the features of the slot is the presence of a progressive jackpot.

The Leprechaun’s Luck slot machine has 5 reels and 3 rows of symbols. Winning combinations of three or more identical icons are formed as standard from the leftmost reel along 20 constantly active lines.

The game is set against the backdrop of hills and lakes – this is the landscape most people associate with Ireland. The game reels are framed in an elegant gold frame. Low-paying symbols are depicted as card values ​​10, J, Q, K, A and decorated with Celtic designs. Pictures with fly agarics, a pint of dark beer and a golden harp, which symbolizes Ireland and is used as the coat of arms of this country, are used as highly paid ones. The rotation of the drums in the standard mode occurs to the sounds of this musical instrument. 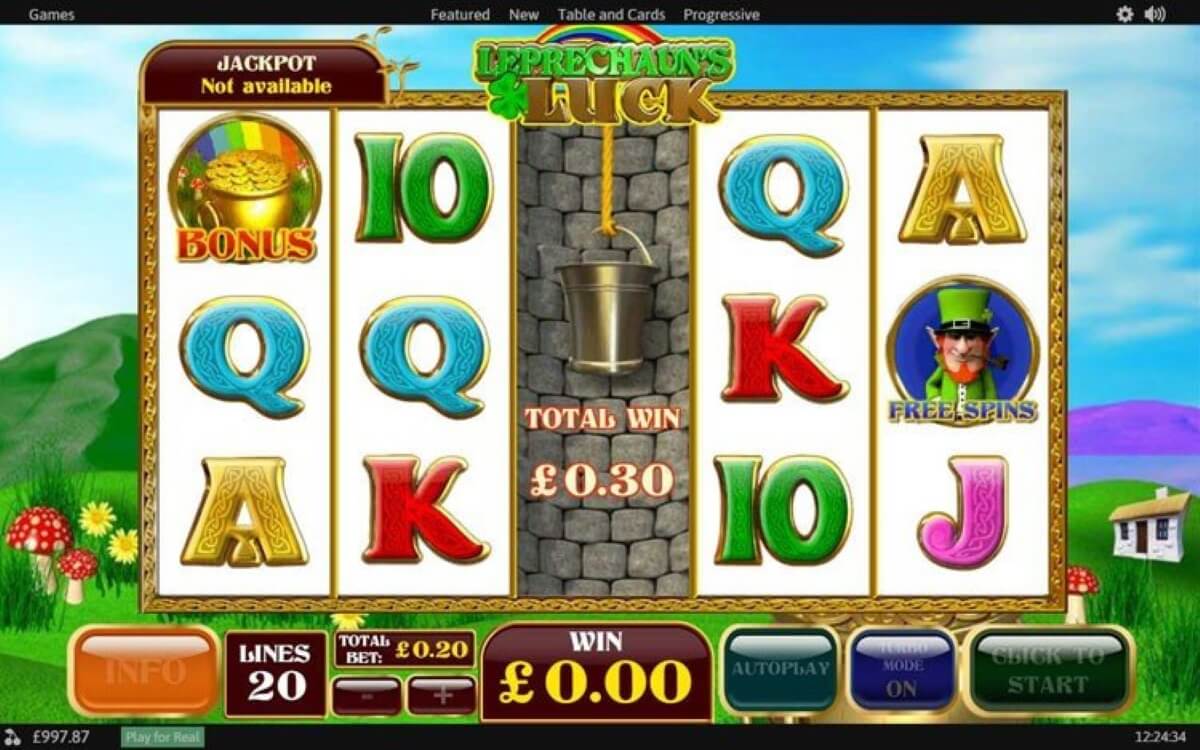 The real cash slot game logo acts as a Wild, replacing any symbols in combinations, except for the Scatter and the Bonus sign. Wilds themselves make a combo when they fall into a line and bring the player the highest payout – x10,000 for 5 symbols in a row.

How to Play Leprechauns Luck Slot

All control of the device is placed in the bottom panel. The plus and minus keys change the spin value, the Spin button starts the reels. Fast spinning can be activated with the Turbo Mode key, and in auto mode, a series of 10, 25, 50 or 99 spins can be selected. Detailed help about the game can be downloaded by clicking on the Help when hovering over the gear section in the upper right corner of the screen, the full description contains all the secrets of the machine.

The Leprechauns Luck video slot has the following structure:

In the game, only one setting is regulated – the total bet. It can range from 0.20 to 20 credits. To select the exact amount, use the Total Bet menu. The odds for each of the possible combinations can be found in the paytable, which is displayed after pressing the Info button.

The game provides for the presence of several scatters at once, which are responsible for launching bonus rounds:

The progressive jackpot in the slot machine is played in two bonus rounds and cannot be less than 20,000 euros/ pounds/ dollars or the equivalent of this amount in the currency of the client’s account in the online casino. For the formation of the prize fund, 1.59% is deducted from each bet. It is clear that gamblers who are going to play Leprechaun’s Luck slot machine for free and without registration cannot apply for the jackpot. However, the demo version allows you to evaluate the mechanics of bonus games and understand the rules in detail.

Leprechaun with a lever launches a kind of wheel of fortune, half of which is underground. On the half of the wheel in the upper part, the numbers from 1 to 6 and the inscription Collect are fixed, and the lever drives the arrow and color segments under the numbers. When the mechanism stops, the player recognizes the color and number.

One of the rainbow stripes is painted in the dropped color, and the number indicates the number of steps along the rainbow – they represent additional multipliers by which the cost of rotation will be increased to pay out the cash prize.

The maximum possible additional multiplier is x1000, but it is much more important to paint the rainbow in seven colors. In this case, the player is entitled to the main prize! This can be prevented by the arrow stopping at the Collect sector, after which the player is paid the amount earned, and the bonus game ends.

The developers have provided 2 thematic bonuses and a series of free spins, which greatly diversified the gameplay. But the greatest attention to the game was attracted due to the presence of a progressive jackpot in it. 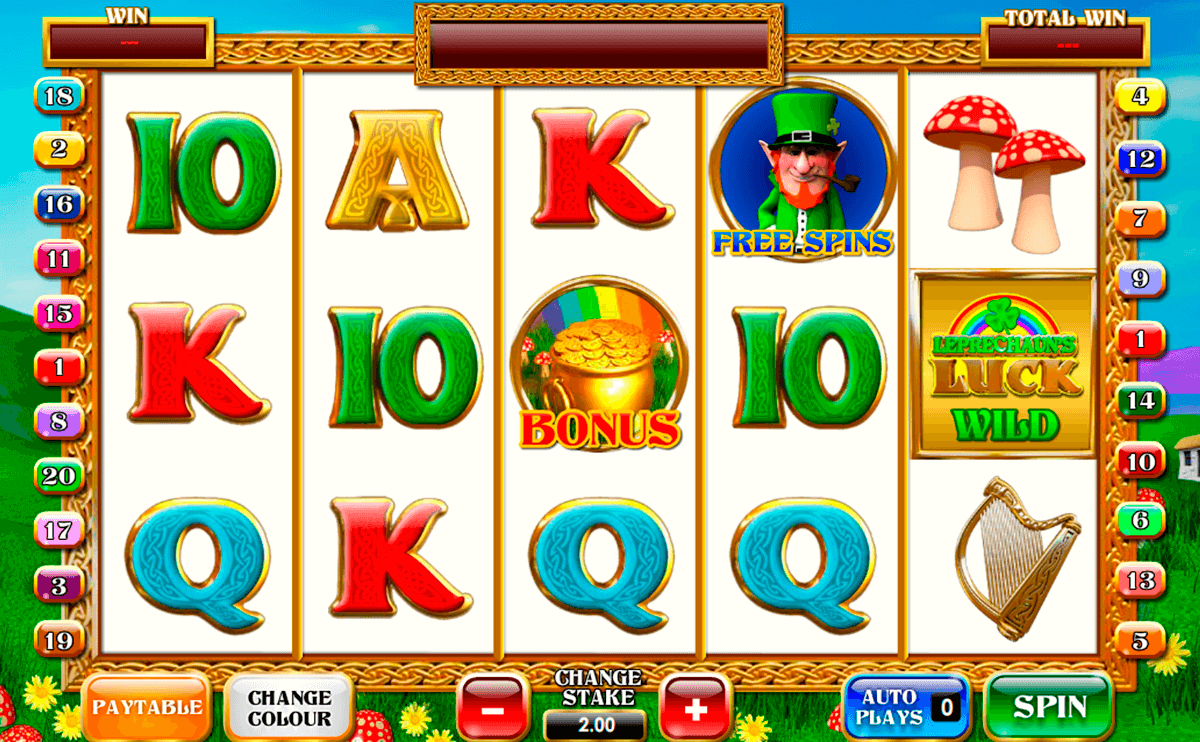 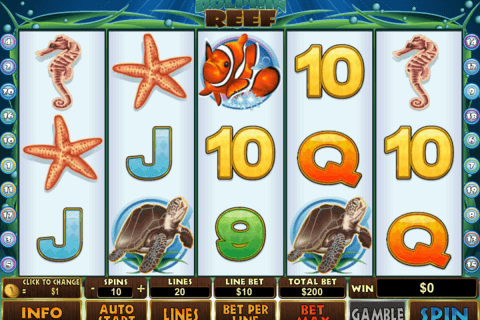 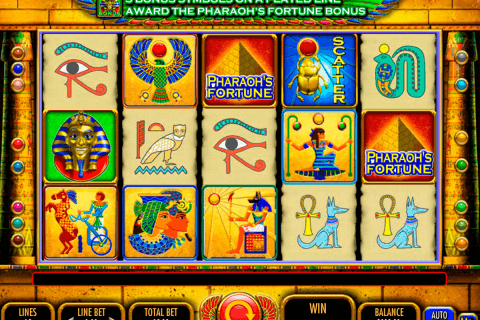 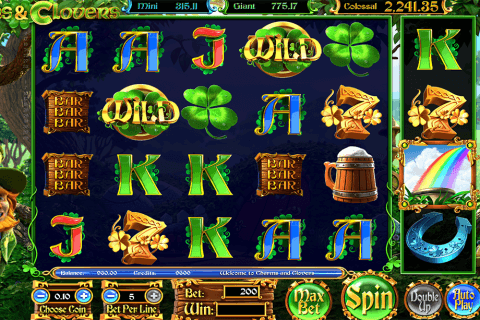